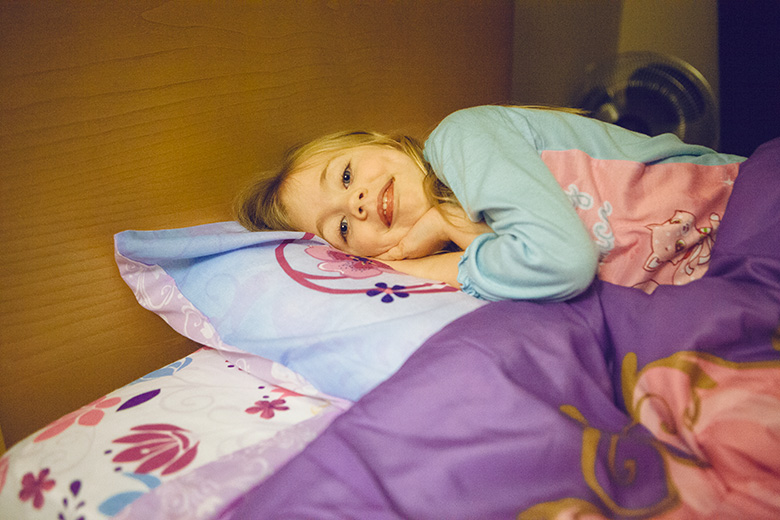 When Marlo was three years old and started preschool for the first time she attended two half days a week, Tuesday and Thursday from 8:30 to noon. I was optimistic that her attitude would be different about this milestone from Leta’s who for about a year thought preschool was the place where we all line up to die. Which, when you think about it, isn’t very far from the truth: first preschool, then elementary and middle school, high school, possibly college, and then on to a job that slowly kills you until you’re dead or at least wish you were. The end.

Listen. Leta and I, we’re working on seeing the glass as half full. But you have to understand that the way our brains work? THE GLASS DOES NOT EVEN EXIST. We first have to invest in some barware!

Marlo’s brain? There are glasses everywhere, and they are overflowing. I was right that her reaction would be different, but she took it a step further like she always does and would wipe the goodbye kiss I’d give her off of her face. She’d shoo me away. She made it very apparent that my only job was to deliver her to this wonderland and then be gone as my presence was killing the mood. Fine, I’d think. I’ll leave. Go ahead and have fun and don’t miss me, I’ll be over here browsing drinking glasses that I’m sure will break into a thousand pieces during shipment.

This year, however, Marlo is attending full-time preschool. That’s five days a week, all day. This change is hardly negligible, and when my cousin had her baby and could no longer be with us every day, Marlo exhibited difficulty adapting to the change like any normal kid would. At drop offs she would cling to my leg instead of skipping inside to the toy kitchen or stacks of blocks. She’d cry and plead with me not to leave much like her sister used to do. When I’d pick her up she’d run and jump up to reach my neck, squeezing me so hard that I couldn’t breathe, hiding her head on my shoulder until we had left the building.

We are nearing the end of this school year, and over the months I’ve had various talks and conferences with her teacher to try to alleviate this adjustment. We’ve dissected her relationships with peers, her interaction in class, lunches, naps, and everything in between. I’ve consulted with a child counselor about techniques Marlo could use to feel safer with the change, to feel more empowered in that classroom.

All of this work has had varying degrees of success. Some days are much better than others. In fact, most days are really good. But here on this end of the school year she is still consistently having a horrible time saying goodbye when I drop her off in the morning. Her teacher and I have tried a few techniques to shift her thinking or make the transition easier. Sometimes she’ll go to the window to give me a final wave goodbye as I stand on the other side in the parking lot. Sometimes she’ll give me a comical shove out the door to make it seem like she’s the one making the decision for me to leave. Those methods were working up until a month ago when absolutely nothing would ease her anxiety. Every time I dropped her off she’d be bawling, a total mess, her arms outstretched for me, and I’d then have to hide my own pain behind my sunglasses as I walked to my car.

I’ve tried bribing her with cookies, trips to Grandmommy’s house, movies. I’ve lingered in her classroom longer than normal thinking a little extra time would do the trick, but that made things even worse. Every morning the heartbreak continued. Every morning my leg would grow an appendage in the form of my four-year-old daughter, clutching and crying.

“Marlo,” I said as she finished a bite of rice. “Can you talk to me about drop offs at preschool?”

She didn’t hesitate for a second. “I don’t want you to leave.” This was the exact same answer her sister gave me when I had this conversation six years ago.

“I know you don’t,” I responded, my heart in my throat. “But I’m always there when you get home. Every day. I drop you off and then I see you again just a few hours later. I’m always there.”

“But I don’t want you to leave,” she insisted and then took another bite of rice.

I know her well enough that I could approach this topic a hundred different ways and she’d still repeat the same sentence each time. So that’s what I did to see if she was paying attention.

“What if Coco drops you off? What if I had Coco drive you to school?”

“What if we go to school in a bathing suit and a cape?”

“What if I packed your lunch full of frogs?”

This continued until she was almost done with her rice.

“What about a princess blanket for your bed, to match the pillow you already sleep with?”

That’s when a very audible record scratch deafened nearly every person in that food court.

“Well, it would be more of a comforter. Probably a duvet. Something to keep you warm while you’re slee—”

“A PRINCESS BLANKET?!” She then stood up on her chair and placed both hands on my face.

I gripped her hands with mine, smiled and nodded. “You have to have a good drop off at school. And you also need to sit down.”

“I’LL HAVE A GREAT DROP OFF AT SCHOOL!” she yelled jumping up and down in the chair. One out of two isn’t bad.

A couple with a baby sitting at a table near ours was watching all the commotion so I looked them both directly in the face, pointed at my eyes with two fingers as if to signal that they should take me very seriously and warned: “PRINCESSES.”

That night after bedtime stories I wanted to reinforce our plan, so we went over what a good drop off looks like. I talked about walking into the classroom, washing her hands, writing her name on the clipboard, and sitting down to practice the alphabet.

“When you sit down to write in your notebook I’ll give you a great big hug goodbye, and then I’ll leave, okay?”

“An M for Marlo, yes. And if you’re brave when I leave we can go get some princess bedding.”

“YES! WITH PRINCESSES ON IT!” Um, no. I meant the princess bedding with a pattern of the periodic table on it. Get it straight.

I’m going to go ahead and be the “glass does not exist” person that I am and admit that I did not have high hopes for the following morning. I have tried bribes before. Like I said, I even tried the Grandmommy bribe, the bribe that trumps all bribes. No government would ever resort to water boarding if they’d just say, “Give us what we want and you can go out to eat with the Avon World Sales Leader.” Military secrets would go flying, and prisoners everywhere would be bloated on inhuman servings of French fries and ice cream.

After dropping Leta off, Marlo and I drove to her school listening to some of her favorite music. I didn’t mention anything about the drop off thinking that it might give her performance anxiety. I didn’t want her stressing about the fact that if she did cry, if she did express sadness then NO PRINCESS BEDDING FOR HER.

So we walked inside, and unlike most mornings she ran out of my arms straight to her cubby to store her backpack and coat. Then she headed over to wash her hands. I watched in total amazement as she did each morning task without any prodding or step-by-step help on my part. My leg had lost its daily appendage. I did my own morning sign in and then stood to the side to gaze at her, a very rare indulgence. Had I ever had the time to stand back and notice before that at school as she washes her hands she wipes the hair out of her face with her shoulders? Even when her hair isn’t hanging in her face?

She finally sat down at the writing table, the location where her breakdowns usually begin, and pulled out her notebook to begin her letters. After writing for a minute or two she looked up and began craning her neck frantically.

I held my hand up to indicate where I was standing. She waved me over, and when I got to her side I fully expected her to pull me down and hang from my neck. Instead she stood up and gave me an unexpected kiss on my my cheek.

I looked around to see if I was being videotaped, dusted myself off, and then headed toward the door, a grin so wide on my face that I almost started to laugh. What a surprise. Just before I walked out of the room I turned to check on her one last time, and at that exact moment her right arm shot up and she held her index finger out. She didn’t turn to look at me or up at anyone else, but somehow she sensed I was still standing there.

Suddenly she whipped her head around, pointed that index finger directly at me and yelled, “BLANKET!”

And then just as quickly she put her hand back down and resumed writing.

This post is sponsored by Target. More Princesses, More Sparkle: Blur the lines of fantasy and reality with your favorite Disney princesses at Target.