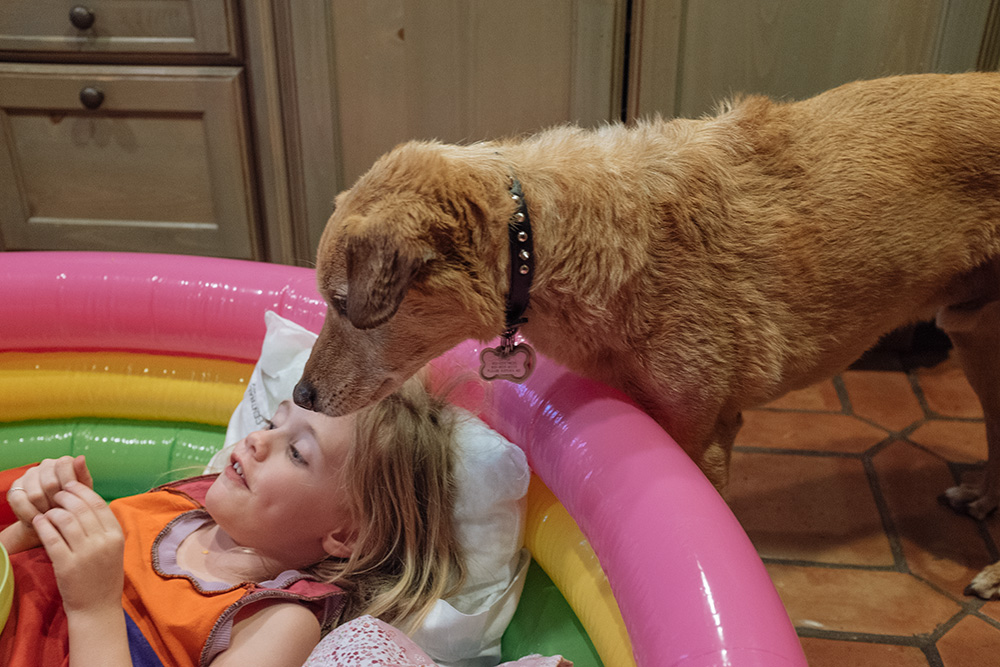 Yet another example of the similarities between me and my older dog: our hair. He’s fresh from a bath here and it’s so fuzzy that he looks almost ten pounds heavier than normal. Dude needs some Moroccan oil.

Leta got Marlo a kiddie pool for her birthday, something we could set up in the backyard on hot afternoons. And yet it is sitting in the middle of my kitchen. She finally pulled it out of the box yesterday and made a convincing argument that she really needed someone to blow it up right then. It was raining so I said she could play with it inside but most certainly could not fill it with water. Not ten minutes later she sheepishly said, “Just a small cup. One cup of water.” I denied her this, so she got everything she needed for the night—pillow, blanket, stuffed puppy and a bowl of cheddar goldfish—and set up camp inside it. She would have slept there the whole night if I had let her.

This morning she got up at 5AM and the first words out of her mouth were, “I am going to put water in that pool.”