FROM THE ARCHIVES | ORIGINALLY PUBLISHED ON JUNE 25, 2018

I just had my DNA analyzed by a private company that will inevitably sell it to multiple governments, and in how many ways are we all fucked? The results indicate that I’m not descended from a single bean that sprouted in the Scottish countryside. Surprise, surprise. In fact, the results were more than a little fascinating, especially the amount of my genetic material circling all the way back to the Iberian Peninsula.

I didn’t see that whopping 25% coming in my thoroughly Scottish DNA, or the 3% from northern India. My sister whose name is September — I have often referred to her as my half-Mexican sibling considering her skin tone is three shades darker than my own — she also sports northern Indian DNA at a slightly higher percentage. I should have seen some sort of something coming.

I showed these results to the girls, and for the next three days Marlo would wake up in the morning with a huge grin on her face. The first thing she’d say was, “I’m Indian!”

I was fully prepared to open the results and have it say, “You are a direct descendant from the movie Trainspotting.” Or to tell me that I have only one ancestor and his name is Sean Connery. The not-so-suprising part about all of this is that 65,000-45,000 years ago I shared a common ancestor with Jesse James and Queen Elizabeth. All of my mother’s half bothers and sisters get to claim direct lineage to Daniel Boone, like direct, direct lineage, like genuine fucken red neck lineage, all through their father. So now? Now my mom can turn to all of them and say, “Hold my beer.”

As I was saying. Ahem.

In middle school I played the clarinet and was the captain of the rifle squad in the marching band. Surprising, right? Me? A band nerd? Never. To this day I can remember the cadence the drumline would play as we marched, the cadence between songs, and I can pat the whole thing out on the countertop with my thumbs much to the delight of my two daughters who would really like me to stop googling “how to do the shoot dance” and attempting what I’ve learned in front of their friends. They love it when I bring up that cadence from middle school marching band and put down whatever they’re doing to say, “We love it when you share horrifying, repetitive memories with us that add no meaning to our lives in any way.”

EDITED TO ADD: I can’t ever attempt to recreate this dance move again because of recent injuries.

I wore a whole crazy costume with a skirt and a green vest, a cowboy hat and giant, white cowboy boots. And I had a wooden rifle that I twirled and it was covered in gold and green duct tape. I thought that thing had gone missing two decades ago when my mother sold the house that I was raised in while I was on study abroad in England. My mother sold her house here in Utah last month and is moving to the other side of the valley, and my kids are devastated. Like, how can Grandmommy be such a monster? Why would she would sell her house—the house they have known her to live in since they were born—as if their experiences there can just be tossed away like garbage out the window of a pickup truck?

I will tell you how: Because she sold the house that I was born and raised in while I was out of the country. I didn’t even get to say goodbye to the damn thing. Now dry your tears and fix me a hotdog.

While my mother and stepfather were packing up that house they found my rifle. My duct-taped, wooden rifle. From middle school. And one night a couple of weeks ago when they showed up to have dinner with my kids, my stepfather walked into my house carrying it under his arm. 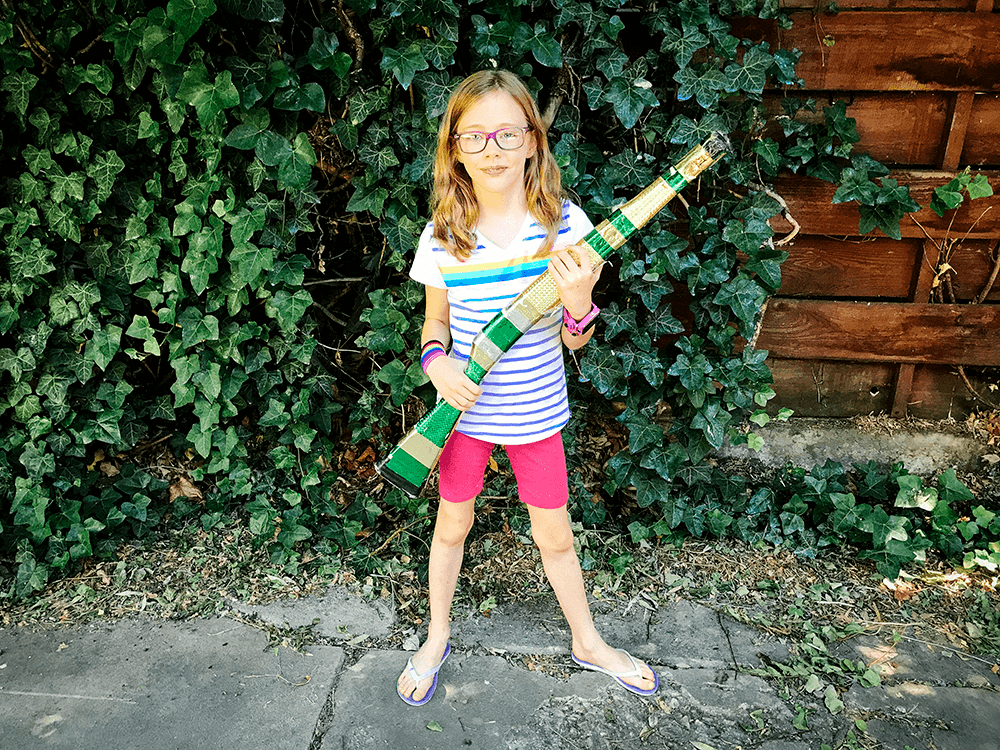 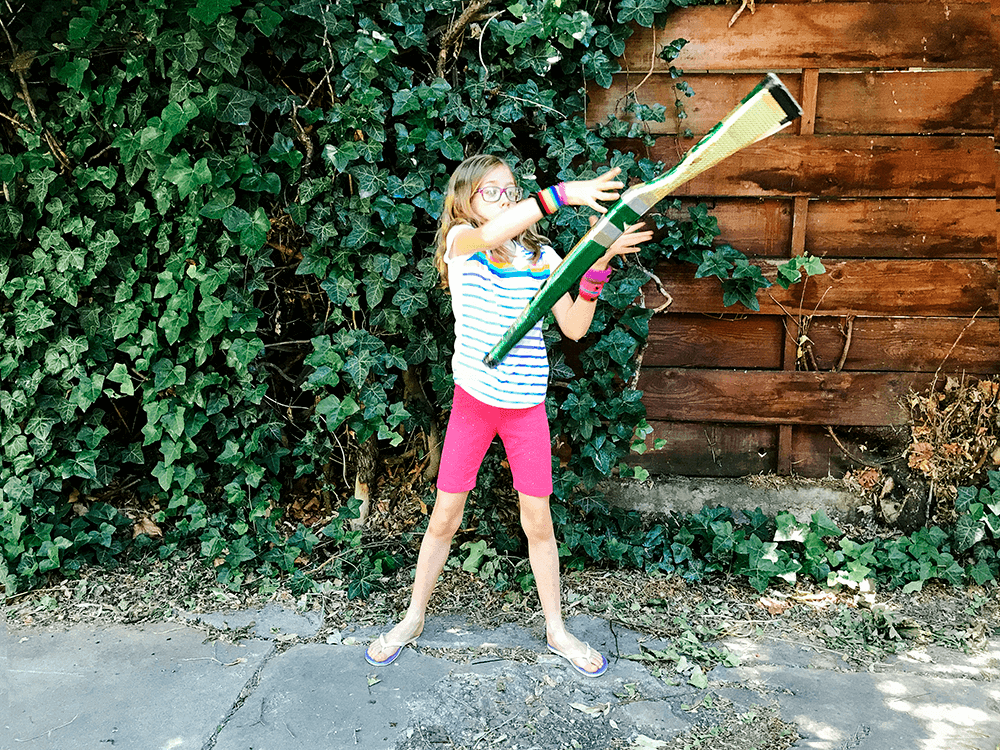 Now, I am going to write the rest of this while walking some very fine, delicate lines that crisscross and could easily land me squarely outside of all y’alls good graces. Because my immediate family is a family of gun owners — here is where I do not make a joke about coming for your guns because you gun people really are scared about that one very specific scenario in life. And our children—meaning my kids and your kids and your kids—they are growing up afraid to go to school because someone might show up with a gun and shoot them.

So just be aware of two things: one, what happened next all happened in the span of less than 30 seconds; two, my persona on this website has got nothing on how fucked up I am in real life.

And how fucked up am I? Words are my currency. NEWS, CUES, MEWS. Every EW you can think of. This goes all the way back to BLUES CLUES. I am a writer. Language is the legal tender in my bank account.

I am the MUSE of words.

And words form thoughts. And thoughts are life. Human life.

Leta was sitting at the countertop in the kitchen when she turned around to see this wooden silhouette of a rifle underneath my stepfather’s arm, and she immediately started screaming, “What are you doing with a gun? Mom! He has a gun!”

I walked out of my office to see what the commotion was all about, and when I saw my rifle—my green and gold duct-taped marching band rifle—I gasped and sang gleefully, “You found it? I can’t believe you’ve kept it all these years! My rifle!”

Leta’s screaming instantly turned to shrieks, and she jumped out of her chair, her arms waving maniacally in the air. “That’s your gun? You own a gun?! Mom, what is happening?!”

“Leta—” my mother attempted to soothe her.

“Why does my mom gave a gun?” Leta shouted.

“Leta,” I said as the rifle spun in circles. “This isn’t a real weapon.”

My mother walked over to Leta, placed her hands on her shoulders and explained, “Your mother was in the marching band.” She and I exchanged glances very quickly to acknowledge that we were not going to be able to calm her down or reason with her. And remember those fine, delicate lines I was talking about? Yeah. You do.

I sort of stopped twirling the rifle right then and hooked it under my arm, aimed it at the window and very quietly, in a mouse-like tone, muttered, “Pew. Pew. Pew pew.”

As delicately as I could.

As I had hoped, my dulcet and soothing voice diffused the situation, and her flailing arms found their way to her hips where she perched them in flagrant judgment. “You are all horrible people!” she said through a deep sigh that ended in a note of laughter. “Whatever that thing is, it’s weird. I don’t even want to know.”

And you know what? It is. It’s weird. Holy shit, you guys. I can remember the entire routine from that 1989 Christmas Parade where we won first place and beat out all the other middle school marching bands. And to try to show Leta what a rifle squad looks like and the tricks we all had to learn I looked up some old YouTube videos, and oh my god. This is some fucked up shit. It’s weird. Like, let’s gather up these impressionable young women, stick them in front of the entire marching band and have them reenact military drills as if they are actually going to war. With what isn’t technically a gun, but it looks like a gun. And YAY, GUNS.

Words for a MUSE have RHYMED since the beginning of TIME. And she has been CATTLED and SADDLED and RATTLED. 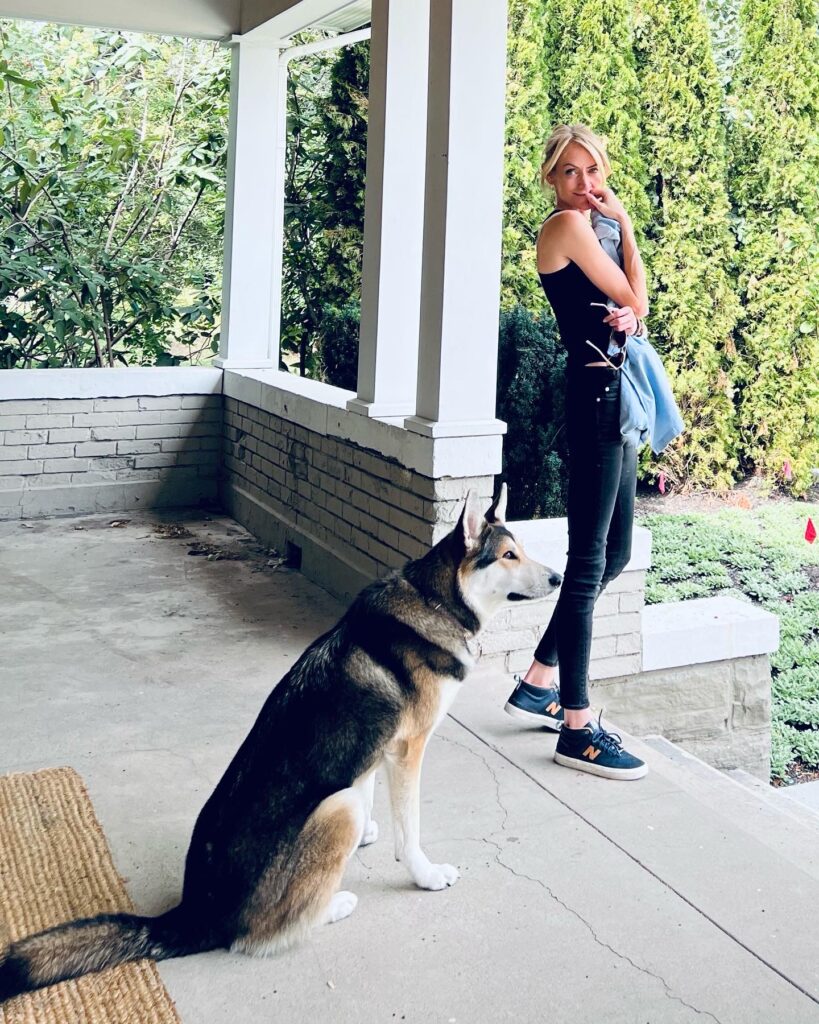