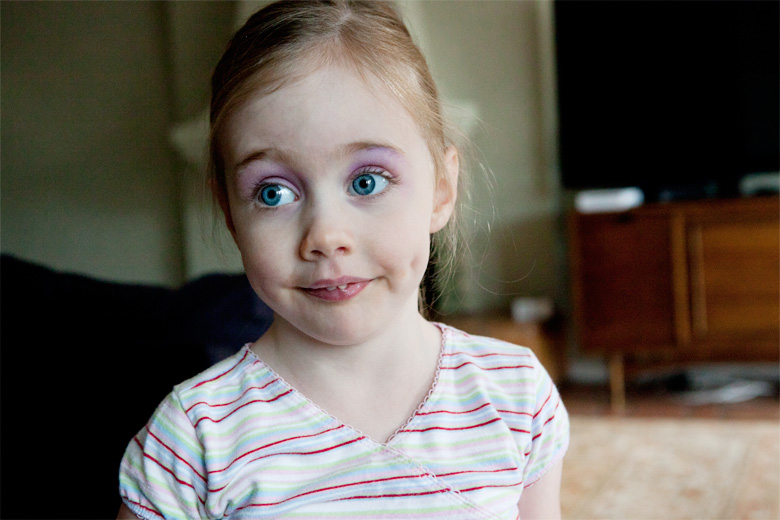 Yeah, the moving. I’ll get to that. But right now… these first few days in the new house… I have to keep reminding myself that there is going to be an adjustment period. I have to cut myself some slack, let some things go. Because when I look at the amount of boxes and bins that need to be unpacked I start to feel the beginning of a panic attack. You ever have one of those? No? They’re super fun. Just imagine your older brother holding your head underwater far longer that you are capable of holding your breath, and when he finally lets you up for air he’s just farted in your face.

I have a vague idea of where things are right now, things like garbage bags, coats and gloves, snow boots, batteries. Last night when I found the pencil sharpener so that Leta could do her math homework I celebrated like a lunatic. She was like, dude. It’s just a pencil sharpener. And I was like, dude, considering the fact that I have no idea where the salt shaker is, it might as well be a golden fucking egg. HERE IS YOUR SHARPENED PENCIL.

This morning was the first official Get Everyone Fed and Dressed and Out the Door to School in the new house, and like I said, I know that there is going to be an adjustment period. And I started repeating that in my head about two minutes after Marlo woke up and I realized that she was miserably constipated.

Oooohhhh say can you seeeee! By the donzer lee light!

There are four things I own that I packed in my purse so that I would KNOW where they were when I moved: one, my passport. Two, my driver license. Three, my checkbook. Four, Marlo’s fiber supplement.

Instead of spending the next hour eating breakfast and getting ready for school, Marlo and I sat in the bathroom and contemplated poop. I kept asking her to go poop, she kept refusing. Then she started screaming which quickly turned into crying which quickly turned into PLEASE LET ME GET OFF OF THIS TOILET. Given the fact that she had to be at school in less than a half hour, I relented and decided I’d try again later. Here’s where I’d like to request a scientific study on the percentage of their life a parent spends thinking about the regularity of their offspring. In the first five years of a child’s life, it’s got to be, what? Like, 100%?

I quickly got her dressed, brushed her hair and teeth, and then pulled Leta aside to thank her for being a functioning nine-year-old who can take care of those things herself. For those of you who have to get five kids ready for school in the morning, I waffle between wondering why you didn’t practice birth control and nominating you for a Pulitzer.

We rushed downstairs, gathered up lunch boxes and backpacks, and zipped up coats. As I tucked the car keys in my purse and headed toward the garage, Marlo suddenly froze a few feet away from me, grabbed her butt and whispered, “I think I pooped my pants.”

She thinks she pooped her pants. THINKS.

I reiterate that part to explain what happened next.

You’re like, what do you mean “what happened next” ?? The kid pooped her pants. Rush her to the bathroom, for crying out loud.

Remember that I just moved into a new home. I haven’t had a solid night’s sleep in weeks. Rushing her to the bathroom would have been rational, yes, but the part of my brain that governs rational thinking gave me these instructions: since she only THINKS that she’s pooped in her pants, maybe she really hasn’t so you should rush over to her, pull down her pants and check.

Which is what I did. And when I discovered that she had indeed pooped her pants that same part of my brain said, “It’s pretty solid. If you grab it, you might be able to get it out of her pants before it really makes a mess.”

And the rockets’ red glare, the bombs bursting in air!

Leta was standing at the door watching this whole thing play out. She shook her head and asked, “Why are you holding her poop in your hands?”

She asks very good questions, that one. And I would have answered it, except the turd I was holding in my hand had been serving as a stopper, and suddenly everything stored behind it started shooting out and there I was catching poop with both hands as it came out of my kid’s butt.

Listen. You and Leta can both stop shaking your heads at me. I couldn’t pick her up because I had poop in one hand and even if I did she would have leaked poop down the hallway and ALRIGHT. FINE. I will get some sleep. And you? You can go out right now and refill your birth control prescription.