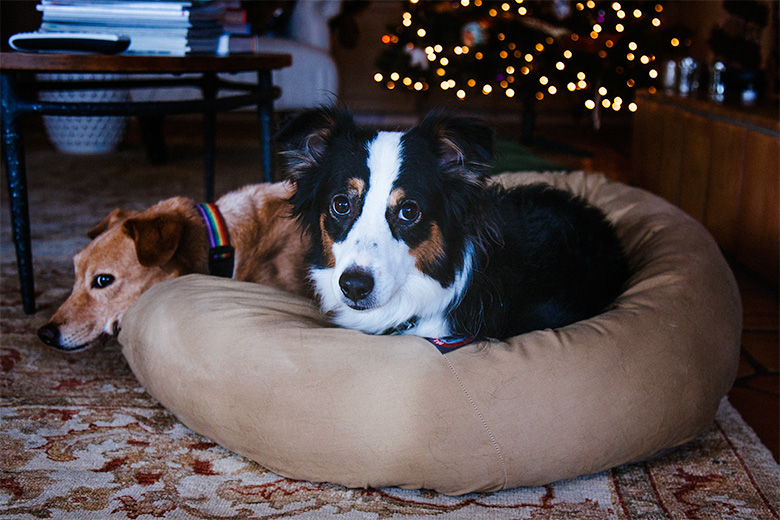 Marlo finally graduated from Sick Camp last Saturday in the early afternoon, and when I asked her if she wanted to walk across the stage and accept her certificate she waved me off because she was too busy finishing her fifth piece of toast. She’d barely eaten anything during the previous four days, and with a mouth full of bread asked me, “Am I going to burst open?” That somehow triggered the memory of this scene from Alien:

Those last five seconds are what Marlo and I lived over and over again for five straight days. I include myself in that because I was physically attached to her the entire time. I carried her from my bed to the bathroom to the couch and then back to my bedroom. She slept with me all week, and only during the brief 20 to 30-minute naps she’d take during the day could I open my laptop and attempt to work. She was miserable, could not ever get comfortable and writhed and squirmed for hours. It was absolutely heartbreaking, especially since the only thing I could do for her was hold her, rub her legs and back, and periodically poke her in the butt.

On Sunday she was feeling well enough that my mother took both girls to her house. I desperately needed the break so that I could catch up on all that I’d had to set aside, and the first thing that I did was take both dogs for a long walk. I hadn’t been away from the house all week and longed to breathe some fresh air. It was snowing but I did not give one single damn. Stretching my legs like that was my five pieces of toast.

Unfortunately for the dogs, that walk occurred much earlier than our normal walks, and we returned a few hours before I normally give them their dinner. They are programmed to think that food follows a walk, so I gave them both a treat. That should have been good enough, but you must remember that dogs are assholes.

CASE IN POINT: When Marlo had the stomach flu a few weeks ago, we spent a lot of time on the couch surrounded by towels and puke buckets. One morning I was sitting next to her and dialed the school to report that she’d be absent again. While I was talking to the school secretary Chuck walked into the living room, stopped a few feet away from me and stared me in the face. He continued to stare for several seconds in total silence, and then suddenly and without warning he opened his mouth and shot a gallon of vomit across my gorgeous Persion rug. Like a fucking cannon.

I was still talking to the secretary when he looked back up at me, titled his head as if considering his options and then leaned down to start eating his own puke.

SECOND CASE IN POINT: Fast forward to last Wednesday morning, the worst morning of Sick Camp. I’d been up all night long with Marlo who was having severe fever dreams. The previous day someone had left the gate to the backyard open, and Chuck escaped for about half an hour. He made his way across the street to a neighbor’s house, a neighbor who has a giant chicken coop in her backyard. Her daughters were kind enough to walk him back home but not before he found some stash of something and ate huge amounts of that something. I’m going to take a wild guess that it was chicken feed because he sprayed an oceanic amount of diarrhea—I’m talking about buckets, truck-loads, swimming pools—across the living room. Like a fucking fire hose. And it was all riddled with substances that looked like corn and twigs and feathers. He could quite possibly have eaten an entire chicken.

That was not on the Sick Camp schedule, you guys. He crashed Sick Camp.

After I gave both dogs a treat on Sunday, I sat down at my computer in the basement to get some work done. And that was made almost entirely impossible because both Chuck and Coco would walk to the side of my desk, stare at me for a few minutes, walk back upstairs to their food bowls, and then walk back to stare at me some more. This continued for an entire hour. Now, I know you’re thinking, just feed your damn dogs already. But if you’ve been paying attention, CHUCK CRASHED SICK CAMP. And I was actively holding a very unhealthy grudge.

After I finished some work I headed to my bathroom to take a shower. Both dogs followed me to the staircase leading up to my bedroom but stopped at the base and stared at me while I continued upward like, that is not in the direction of our food bowls. I then said out loud, “NO IT’S NOT. IT IS IN THE DIRECTION OF MY SHOWER.”

My guess is that they continued to pace as I leisurely washed my hair because out of nowhere I heard some very loud thumping, as if someone was running up and down the stairs. I finished my shower more quickly than I wanted to, threw on a towel and opened my bedroom door to find Coco sitting on the landing. I asked her what in the hell she was doing and she answered with a whimper. Hm…

I cocked my head at her like she usually does to me, and then she ran to the bottom of the staircase and back up to whimper once more. Right then I heard mad scratching coming from the bathroom on the main floor, claws against wood. That door likes to swing shut, but it doesn’t shut all the way unless you pull or push it with a bit of force. As I started walking down the stairs Coco positioned herself so that she was leading me, and she walked me straight to the bathroom door. Chuck had pushed the door open (most likely while pacing), walked inside and the door closed behind him. By forcibly scratching at the door he’d basically locked himself in the bathroom, and Coco had come to get me so that I could rescue him.

I let Chuck out immediately, and then looked at Coco and shook my head, not because I was mad, no. I shook my head because had the situation been reversed, had it been Coco who had locked herself in the bathroom, Chuck would have left her there to die. In fact, he would have plotted to make it so that no one ever discovered her body.

So I guess I have to correct what I said above: dogs are assholes only most of the time.