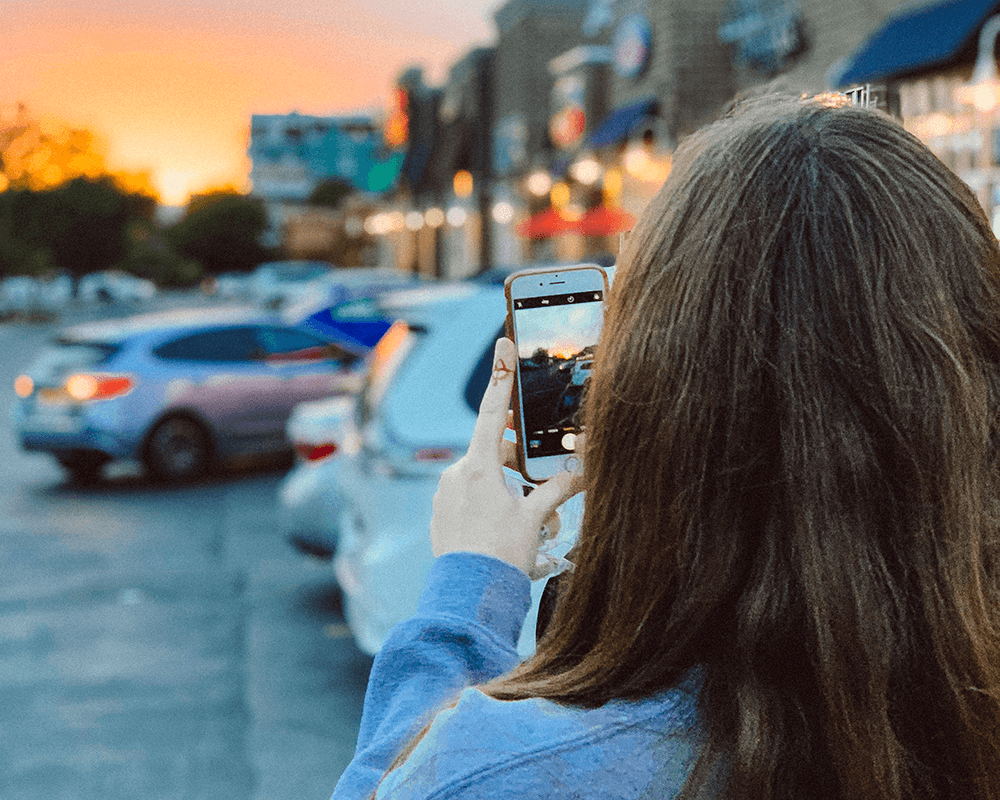 Late last week I was running several errands when I got a wild hair and pulled off to drive up to the bottom of a nearby canyon. I wanted to see if the trees had started to turn yet—it’s been unseasonably hot until just last week—and when I saw the first sign of a yellow leaf I made a mental note to GO SEE THE LEAVES, HEATHER, AND STOP REFERRING TO YOURSELF IN THE GODDAMN THIRD PERSON. (UPDATE: we got rain for the first time in over two months so I’m certain any leaves that had changed are now a distant, unseen, soggy memory) And then I turned around to finish up my shit before I had to pick up Marlo from school. Two uses of profanity in the first paragraph? Aw, hell yes! As you can tell, this post is not sponsored by the wildlife I was about to encounter.

How many am I up to now? Raccoons, squirrels, mythical bobcats, birds, snakes, frogs, dogs, and baby elephants. I never wrote about the black widows taking up residence in our garage two houses ago because that would require thinking about black widows for more than a few seconds and, great. Now I’m all itchy. I can feel them crawling all over. They’re headed for my ears, MY EARS. They’re entering my ear canal and are going to eat my brain. Fantastic. I am no longer afraid of spiders now that I am a parent and have to take care of all the spiders for my VERY WEAK CHILDREN but black widows? GTFOH. No. Nuh uh. Go home. Take your ball and leave. You win. Blue ribbon for you. And a set of steak knives.

Traffic at that time of day was crazy on the roads I was using to run my errands, as it usually is, but the road up to the canyon was oddly less so. And as I was headed back into the heavily trafficked streets I noticed a figure up ahead crossing the road in what I would call a leisurely saunter. TANGENT AHOY: When I cleaned out my garage for this recent move I found four sets of spiral bound notecards I used in seventh grade for vocabulary lessons (I DID NOT FIND ANY CALENDARS, ODDLY). My teacher made us find a photo in a magazine or newspaper that illustrated the word, cut it out and glue it to the notecard, and then write a sentence using the vocabulary word to describe the photo. Except, I didn’t just cut out a photo. No. Not Heather B. Hamil-PLEASE STOP TAKING LIFE SO SERIOUSLY, YOU WET BLANKET-ton. I typed out the word and sentence on a manual IBM typewriter, cut that out and pasted it below the photo that I framed with thin slices of black cardboard paper to make it look like it was hanging on a wall. Because my teacher needed to know that no one in the history of the world could illustrate a vocabulary word with more ridiculous and unnecessary detail.

One of the first words I ever had to illustrate was SAUNTER and I cut out a photo of Thelma in the Family Circus pushing a stroller with her other children running after her. The caption is missing but she’s like, “I’m out for a walk, bitches, and if you can’t keep up and happen to get kidnapped, you’d best believe I’m not paying the ransom, you little shits.”

I never forgot that word.

As I pulled closer I realized it was a deer crossing four lanes of traffic as if it were just strolling through a mall with no care in the world except maybe finding a pair of strappy sandals on sale. And I got so close that it was not four feet from the front of my car. I did not understand why it was not startled by me, and in my daze I looked up and made direct eye contact with it while it continued to meander across the road. We held each other’s gaze for more than a few seconds until both lanes of traffic coming from the other direction suddenly filled with cars. I didn’t want to startle it by honking my horn, so I just yelled, “RUN!” My windows were rolled up so only I could hear my screaming, but indulge me my love of animals and the idea that they can hear through walls and understand English.

It turned to notice the wall of cars quickly barreling down the road and managed to jog fast enough to the sidewalk at the other side and escape them. But it immediately looked back at me. And my hand to your God, that deer nodded at me and telepathically communicated to me that I should turn my head. Mind you, my car was completely stopped on a four-lane road and I didn’t even hesitate to move my head toward my right shoulder. And there on the right side of the road stood her three babies in a single line, the first one and then the second one and then the third one, all of them straining their necks to see their mother across four lanes.

The panic seized me, but not my normal Life Is Never Going To Slow Down And Because I Realize This I Can’t Breathe Anymore kind of panic. It was the panic of seeing a ball fly out into a busy street and the toddler mindlessly chasing after it. It was the panic of seeing your child leaning back on the hind legs of a tall barstool in the kitchen and watching it teeter backward, that moment when they might be flung head-first to the floor.

Instinctively I looked in my rearview mirror to see an SUV speeding down the canyon behind me, and within milliseconds I calculated that it was traveling well over the speed limit on that road. And so I looked back toward the babies and my hand to your God, I willed them to look at me. And when they turned their head to lock their eyes with mine I shook my head. No.

Over and over again.

No. No. No. In total silence. Just the movement of my head back and forth. We remained joined in that stare as the SUV flew by my right side, its horn honking angrily at me as if I was just choosing to linger like a lazy motherfucker in the middle of the road. Like I had stopped smack dab in that spot to pick at an irritating hangnail. If I ever find that asshole I am going to lick my finger and stick it straight in his ear. After I punch him square in the nuts. On behalf of that mother looking at her helpless babies. And for so many other reasons, dear god THESE LAST FEW WEEKS.

Also, DUDE. I just saved you thousands of dollars in car damage and an increase in your insurance premium. A simple thumbs up would have been enough. Am I right, I AM.

Once it had passed, the sound of the horn now a puff of smoke above us, I spotted several other cars approaching from behind. I knew I had to start moving, to keep driving, that there was no where for me to pull over my car. And even if I could, I knew that such a decision could startle them into the street. As I started to put my foot on the gas I repeated, “Stay, stay, stay,” in my head as I looked into their eyes. Stay.

And then I had to drive away.

I didn’t feel like I had any other choice. I had to drive away and hope that somewhere in those little deer heads a magical instinct would kick in and they’d wait until the road was clear. Or they’d look to their mom for the signal. I had to leave them, and it felt heavy. That whole encounter hung around my body like those hefty blankets they place around your body when you get an x-ray. I could feel myself sloping and slipping toward the steering wheel underneath it.

These last few weeks…. my encounters with these animals always seem to coincide with significant transitions or events in my life, and yeah, I know. I’m sure I’m assigning meaning to something completely coincidental. But the fact that I was there at that exact moment to connect with those animals, with that mother and those she had given life to, it felt so symbolic of what I have with my own children and how I so badly want to celebrate and protect them from the world that we are simultaneously creating for them and destroying.

My girls look to me for direction and trust the guidance that I give to them through words and through action, and conversations over the last few weeks have been heavy. Sometimes they turn upside-down and suddenly Marlo and I are laughing about HOW PEOPLE HAVE SEX. Yep. It’s happening. Marlo Armstrong is wrapping her head around the idea of two people being intimate and, dear lord, if only I could give you even a two-second audio clip of how she is extrapolating certain scenarios. It’s Marlo Iris Armstrong. Her name is her name. You can imagine what is coming out of that kid’s mouth. Yes, it is fucking amazing.

But then, I also let my mother read my book. And THERE’S THAT. I’ll just say this: My mother emphasized that my father will read my book and that Leta really, really, really needs to read it right now, and that I need to look at her from across that four-lane road and trust her as the one leading me to the other side.

Therefore, Leta and I have been holed up in her room discussing topics ranging from body autonomy, depression, Anita Hill, romantic relationships, consent, self-confidence, and father figures. I’m also changing a few certain paragraphs in the manuscript at my mother’s behest, not because they are wrong or exaggerated or badly written. But because I see her over there and I trust that she is letting me know how to ascertain that the coast is clear. She is giving me the signal.

I see you, Mom. I see you, girls of mine. We have each other.